Podiatrist Gold Coast | Experienced Gold Coast Foot Care Specialists | tarsal coalition
A tarsal coalition is where two or more bones within the mid-foot and/or rear-foot are joined together. The connection can be either osseous (bone), cartilaginous or fibrous. 90% of tarsal coalitions are either talocalcaneal (intra-articular) or calcaneonavicular (extra-articular) (Franson & Baravarian, 2004). They can cause pain, limited movement during walking and running and muscle spasm (Downey, 2011).
Tarsal Coalition, mid-foot pain, rear-foot pain
16788
post-template-default,single,single-post,postid-16788,single-format-standard,ajax_fade,page_not_loaded,,qode-title-hidden,qode-theme-ver-8.0

23 Oct What is a Tarsal Coalition and how can it affect a Runner’s foot?

A tarsal coalition is where two or more bones within the mid-foot and/or rear-foot are joined together.  The connection can be either osseous (bone), cartilaginous or fibrous.
90% of tarsal coalitions are either talocalcaneal (intra-articular) or calcaneonavicular (extra-articular) (Franson & Baravarian, 2004).  They can cause pain, limited movement during walking and running and muscle spasm (Downey, 2011).

What are the Tarsal Bones?

Causes of the Tarsal Coalition?

How does a Tarsal Coalition cause pain while running?

The tarsal bones are extremely important in allowing the foot to be an adaptor and shock absorber by “unlocking” when a running foot initially contacts the ground.  They should also then lock together as the heel is lifting off the ground so that the foot can become a “rigid” lever to allow efficient force generation from the foot and lower limb muscles.

If there is a block not allowing certain tarsal bones to function normally during the walking or running gait cycle then this can cause an increase stress at the joint that is trying to bend.  This can also cause muscles and tendons to become overused as they are placed at a mechanical disadvantage during movement.  Also compensation at other joints because of the lack of movement may occur leading to pain.

A patient with a tarsal coalition may be symptomatic or asymptomatic.  Symptoms don’t usually occur until after the tarsal bones begin to mature between the ages of 9 to 16 (Foot Health Facts, 2017).  This can be because of the cartilaginous nature of the coalition until it begins to ossify and therefore further restrict motion (Franson et al., 2004).

Sometimes symptoms will not present themselves until even later in life especially if the patient is involved in repetitive activities such as long distance running.  Symptoms can also show up after an injury such as an ankle sprain that does not seem to be responding to normal treatment (Downey, 2011).

A list of symptoms may include (Foot Health Facts, 2017):

Involves your clinician taking a thorough history of symptoms, past injury history, duration of discomfort, past treatments and conducting a thorough biomechanical examination of the foot and ankle to find possible restrictions of movement.

Ordering an x-ray, an MRI and/or CT scan is also of prime importance to confirm a coalition if it suspected, the type and to rule out other possible causes of pain.

If a tarsal coalition is found as an incidental finding and no pain exists then treatment is not recommended (Downey, 2011).

Failing conservative treatment a referral to a foot and ankle surgeon is required.  This may also be done during the conservative management period so all options are laid out for the runner.

To book with Aleks for personalised advice & treatment 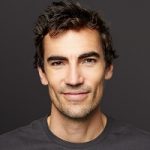 Aleks Baruksopulo is a Podiatrist on the Gold Coast with a special interest in Sports & Running injuries of the feet and lower limbs, he has over 14 years of experience working in Physiotherapy & Sports Medicine Clinics and has performed over 22,500 patient consultations within this setting.
His business is called SportsMed Podiatry which consults out of Physiotherapy practices across the Gold Coast including at Broadbeach, Burleigh Heads, Robina and the SCU health clinic. More information about Aleks.
Manifesto – Aleks’s Why?